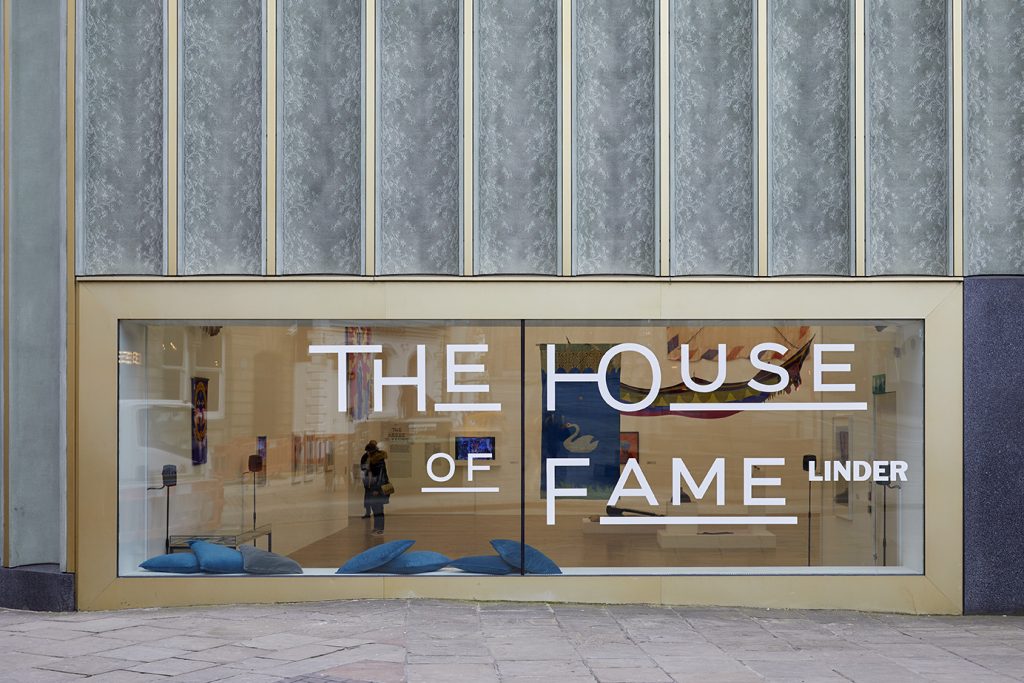 ‘The House of Fame’ consists of four houses ‘convened’ by Linder: ‘The House of the Future’; ‘The House of Rest’; ‘The House of Unrest’; and ‘The Abode of Sound’. Houses within a house housed by – under the roof of – Nottingham Contemporary. Equally mysterious, perhaps, as the institutional processes of an art gallery, ‘house of’, cute for its domesticity, evokes the haute couture of Parisian fashion houses, companies designated by the French Ministry for Industry’s strict rules.

Linder, then, is Coco, convening – not curating: too inert – a meeting of disparate influences and attractions in her making. The ambiguously-sexed and collaged body of her famous cover art for the 1977 Buzzcocks seven incher, ‘Orgasm Addict’, appears in the 2015 lightbox version It’s the Buzz, Cock! Lightly-veiled New Romantic visages appear in black-and-white studio shots such as Hiding but still not knowing (1981–2010) and You Search but do not see (1981–2010). Two recent collages teeming with creatures, Pythia (2017) and Eidothea (2018), incorporate material from the collection of Chatsworth House, the country seat of the Duke and Duchess of Devonshire, where, last year, Linder was the first artist-in-residence in its 500-year history.

‘The House of the Future’ features a jewel-like Inigo Jones watercolour, Torchbearer of Oceania (1605), that depicts a costume design for a Ben Jonson masque, a dramatic entertainment performed by masked players. ‘Motifs of disguise, escape and transformation eternally fascinate me,’ Linder explains in the engrossing exhibition publication. This house takes its name from a 1956 design by the architect duo Alison and Peter Smithson that imagined a house for 1981, a year, apparently, of personal and artistic importance to Linder. Reproduced here in large-scale photographs alongside objects and archival documents, the design had to be, the Smithsons wrote, ‘glamorous’. Manufactured using industrial design techniques, embodying the ethos of the household appliance, it would also be disposable. Fashion rides with death. 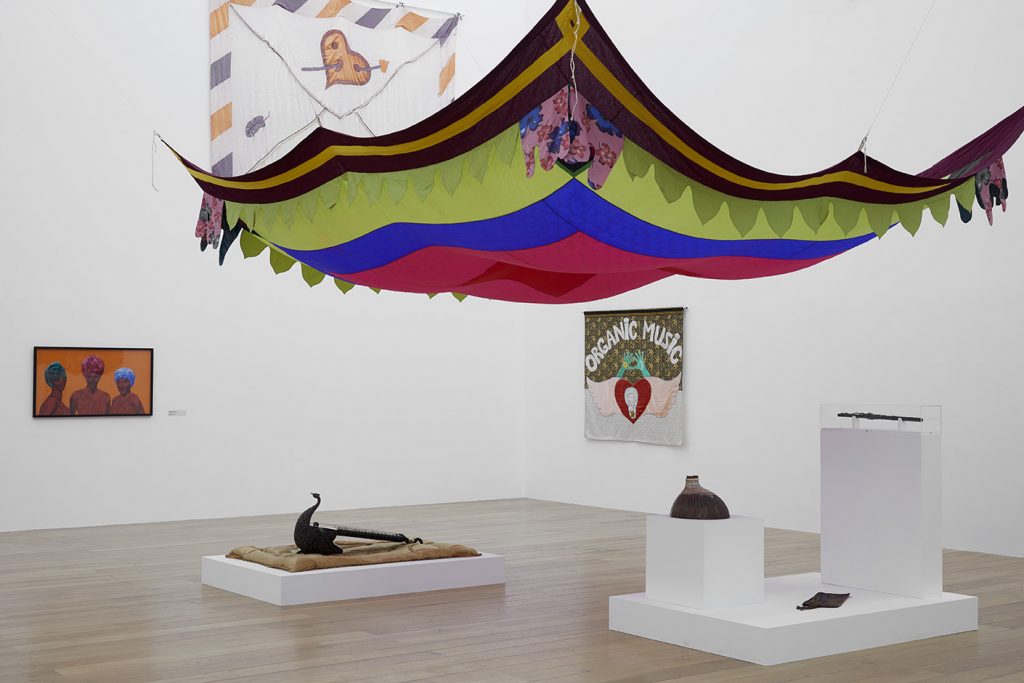 From the future into unrest, we enter ‘The Abode of Sound’, given over to a solo presentation of Moki Cherry’s ravishing tapestries. Designed as backdrops for jazz performances, here they accompany a selection of non-Western musical instruments, including Linder’s own taus, used to performa Punjabi ragas. In this abode of ecstatic peace time is not real. Death does not exist.

And yet we die. And fame is not what it was.